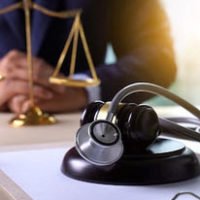 A woman is suing a long-term healthcare facility in Oak Brook for medical malpractice after suffering injuries while in the facility’s care. Donna Keller has filed a lawsuit against Oak Brook Care, alleging that the facility’s neglect led to her injuries. According to the lawsuit, Keller was a resident of the healthcare center in March 2017. While at the facility as a resident, an incision on her left leg opened, which caused a heel pressure sore to deteriorate. This ultimately led to multiple debridement procedures, a significant loss of her physical, mental, and psychological health, and unnecessary pain and suffering. She claims that the healthcare facility’s staff was negligent in their care and treatment of her condition, which directly led to her injuries.

Medical malpractice occurs when a doctor, nurse, surgeon, pharmacist, or other medical professional is negligent in their standard of care with a patient who is injured or killed as a result of that negligence. In Illinois, the victim of medical malpractice must demonstrate the following elements for their claim in order to prove medical malpractice took place:

Talk to a Lawyer Now