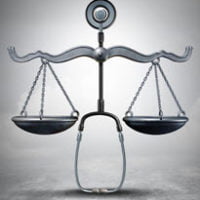 The Illinois appellate court ruled in a recent case that a Chicago hospital is not required to produce a doctor’s credentialing file as part of an ongoing medical malpractice case, finding that the documents are considered privileged under state law. This ruling overturned the trial court’s order for the hospital to turn over the documents to the plaintiff and found the hospital in contempt of court for failing to do so. The hospital in question is South Shore Hospital regarding a current medical malpractice case against one of its doctors, Dr. Chen Wang.

Dr. Wang is named in the lawsuit along with South Shore Hospital and Highland Medical Center. The plaintiff in the case is Magen Willis, who is the special administrator for the estate of Towanda Willis. The case accuses Dr. Wang and others named of negligence related to the care of Towanda Willis in 2013 and requested nearly 150 pages of the doctor’s credentialing file with the hospital.

At the trial level, the hospital claimed that the credentialing file was privileged information under the Illinois Medical Studies Act, which encourages medical professionals to participate in peer evaluation in the interests of improving medicine. The law protects all information, interviews, reports, statements, memoranda, recommendation, letters, confidential assessments, and more that refer to a medical professional’s professional competence in addition to any other documents that are used by a hospital for quality control, medical study, or improving patient care. It is up to the hospital to invoke the privilege of these documents, which South Shore Hospital did in this case.

At trial, a judge ordered that over one hundred pages of the credentialing file be turned over to Willis as part of the medical malpractice case. The hospital requested that the court reconsider, which was denied, and it then requested that the court find it in friendly contempt. Friendly contempt would allow the hospital to immediately appeal the order, but the judge denied the request and sanctioned South Shore Hospital $100 per day for failing to turn over the documents. After filing additional motions with the court, the trial level eventually found the hospital in contempt, which allowed it to appeal the decision to the appellate court.

The appellate court found that the documents in the credentialing file fell within the privilege under the Illinois law. The documentation included letters of reference, peer evaluations, and documents relating to Dr. Wang’s reappointment with the hospital.

Hiring an expert in medical malpractice in Illinois can be critical to the success of your case. With limitations on the type of evidence allowed for submission against doctors, surgeons, and other medical professionals that may be negligent in their care, having an attorney that knows to request and review all relevant evidence in your case is crucial to getting the compensation you deserve.

Call or contact the office of Harvey L. Walner today to talk to an experienced Chicago medical malpractice attorney about your claims.