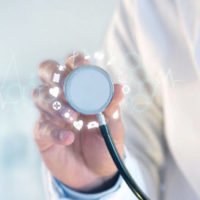 The First Appellate District Court held last month in a medical malpractice case that the learned intermediary doctrine protects a pharmacy from liability and that the pharmacy has no duty to warn customers of prescription drug side effects that may occur in anyone who takes the drug. According to the facts of the case, in 2008 a patient was prescribed by his gastroenterologist a drug called Reglan to treat gastroparesis. Beginning in 2010, the patient’s primary care physician took over writing the prescription, and the patient took the medication continuously from May 2008 to August 2014. He was then diagnosed with tardive dyskinesia, an incurable neurological condition that is a known side effect of prolonged use of Reglan.

For the entirety of his Reglan use, the patient had his prescription filled at Osco Drug. During this period, Osco would receive Reglan in containers of 500 pills and divide them for distribution to customers. The 500 pill container had a package insert that included a warning about the chances of getting tardive dyskinesia from the FDA. The patient’s internist did not know about the side effect and did not warn the patient. Osco’s pharmacists had frequent contact with the internist during this time and did not warn the internist or primary care doctor about the risk. The pharmacists also never warned the patient about the risk, and the patient never read the guides his received with the pills.

After receiving his diagnosis, the patient sued his doctors and the pharmacist for medical malpractice. The doctors settled their claims outside of court, and the pharmacy received summary judgment at the trial level that it did not owe the patient a duty to verbally warn him or the internist about the risks of taking Reglan for longer than twelve weeks. The patient appealed.

On appeal, the First Appellate District Court upheld the decision of the lower court on the basis of the intermediary learned doctrine. Under this rule, drug manufacturers only have a duty to warn physicians about the potential side effects of a drug, and then the physicians must use their best judgment to determine which warnings to pass along to the patient when prescribing the medication. The doctor acts as the intermediary between the drug manufacturer and the patient. This doctrine does not equally apply to pharmacists, and they have no duty to warn patients about the side effects of medications they distribute to patients. Furthermore, the pharmacy did provide the patient with written information about the potential side effects of Reglan that the patient did not read.

Talk to a Lawyer Today

If you have been injured by a doctor or pharmacist in the treatment of your medical conditions, you may have a claim for medical malpractice. Call or contact the Chicago medical malpractice lawyers today at Harvey L. Walner in Chicago to learn more about your legal options.