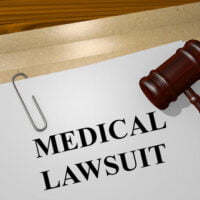 When a person goes to the doctor because they are experiencing symptoms, they hope to figure out what is wrong with them. They rely on the doctor to order the appropriate tests and diagnose their symptoms so they can receive the appropriate treatment and feel better.

Unfortunately, this does not always happen. Medical malpractice happens more often than you might expect. Doctors have to meet a standard of care when they treat patients, but for some reason, they act with negligence, causing patients to feel worse or even die.

A woman who received a heart test at the University of Chicago Medical Center in 2014 died just a few days later. The woman saw a heart specialist for an appointment. She took a test that showed a damaged artery. Nothing was done to treat the issue. The 61-year-old woman died from internal bleeding just days later.

Delays in treatment often lead to medical malpractice issues. When a patient does not receive the treatment they need in a timely manner, their medical condition can worsen and even lead to death.

This is often caused by several issues, such as misdiagnosis and failure to diagnose. Some diseases, like certain cancers, have vague symptoms that mimic similar medical conditions. This makes it difficult for a doctor to make an accurate diagnosis. It takes longer to determine the cause of the patient’s symptoms, and as a result, treatment is delayed.

Understaffing is also an issue. Doctors are super busy and always under a lot of pressure. They may not perform the appropriate tests to determine whether or not a patient has a certain medical condition. If they do perform the right tests, they could misinterpret the results. There could also be a delay in assessing the tests. If a doctor forgets to look at a test and does not get back to the patient until weeks later, that is lost time. Every day counts, especially when it comes to treating aggressive diseases such as cancer.

Communication can help. Patients should learn to be proactive and follow up with their doctors. If it is not an emergency, seek a second opinion. They should ask questions about their care and treatment plan. They should be well-versed in all their medications. Knowledge is power.

Harvey L. Walner & Associates, LTD has been winning cases like these for over 50 years!

Doctors are human and they can make mistakes, just like anyone else. If you or a loved one was injured or killed by a doctor’s negligence, it’s important that you seek legal help.

You need to hold the medical staff liable for their actions. The Chicago medical malpractice lawyers at Harvey L. Walner & Associates, LTD can help. Schedule a free consultation today. Fill out the online request form or call our office at (312) 313-2888