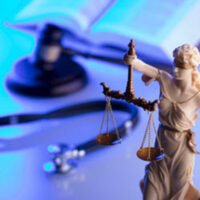 When a person dies due to the negligence of a doctor, their surviving family members have the right to receive compensation for their loss. A woman died after undergoing surgery at John H. Stroger Jr. Hospital in November 2015. Mistakes were made during the surgery, which was determined that the 74-year-old woman did not even need it. Now the Cook County Board of Commissioners is set to approve a $3 million settlement for a medical malpractice lawsuit filed by the woman’s family.

During the surgery, mistakes were made. The woman bled uncontrollably, losing 80% of her blood. The blood loss caused her to suffer a lung disorder, so she could not be ventilated properly. The woman died after the surgery.

The woman’s daughter filed a lawsuit against the hospital in April 2017. The $3 million lawsuits she is set to receive is considered substantial based on past settlements in the area. If the settlement is approved by the Cook County Board of Commissioners’ finance committee, it will move on to the full County Board.

Medical malpractice awards are often very large since these cases are very expensive to fight. They require extensive evidence such as expert witnesses, which can cost tens of thousands of dollars. These cases are also very time-consuming and can take years to resolve.

The average settlement is around $425,000, while the average jury award exceeds $1 million. So why not go to trial? Nobody wants to go to court. Fewer than 10% of cases go to court because a win in court is not guaranteed. Going to court costs even more and takes a long time.

Many judges and juries side with the doctor. Plus, an experienced and aggressive medical malpractice lawyer is essential to a case. It is not uncommon for the defense to make an offer just before the court date, so the plaintiff must be prepared to fight in court, if necessary.

However, if the defense does not think that the plaintiff has a strong case, they may not offer then anything at all. They will fight it out to the end to prove their point and avoid blemishing the doctor’s professional record. In fact, if the expert witnesses do not agree that medical negligence has occurred, then the case will likely be dismissed.

Harvey L. Walner & Associates, LTD has been winning cases like these for over 50 years!

Medical negligence is more common than you might think. If you or a loved one is a victim, get legal help right away.

The experienced Chicago medical malpractice lawyers at Harvey L. Walner & Associates, LTD can hold the medical staff liable for your injuries and help you obtain the compensation you deserve. Schedule a free consultation by calling (312) 313-2888 and filling out the online request form.