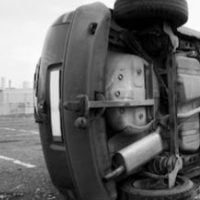 There were four people injured in the two cars of the initial rollover accident, and they were all taken to the hospital in good condition. Another adult was in the third vehicle but refused medical treatment at the scene. The driver that caused the accident was given two tickets for causing the accident: failing to reduce speed to avoid an accident and failing to keep in his lane.

Rollover accidents are often the result of complex and violent car accidents, given the angle and force necessary to roll a vehicle from its upright position. The type of vehicle can play a significant role in a rollover accident, but other factors often come into play when a rollover accident takes place. Typically, taller and narrower vehicles like SUVs, pickups trucks, and minivans have a higher probability of rolling due to their higher center of gravity.

If you or a loved one has been injured in a rollover car accident, call or contact the Chicago car accident lawyers at Harvey L. Walner & Associates today to speak with an experienced personal injury attorney about your claims.