The 7th Circuit U.S. Circuit Court of Appeals certified a question to the Illinois Supreme Court last month to determine whether a workers’ compensation settlement is exempt in a bankruptcy hearing. In the case Re Elena Hernandez, the panel of judges on the federal circuit court certified the question for the state supreme court to answer of whether the Illinois Workers’ Compensation Act can exempt the proceeds of a workers’ compensation settlement from the claims of medical providers who treated the illness or injury associated with the settlement. Amendments to the state Workers’ Compensation Act in 2005 have made the answer to this question ambiguous, which is why it is now up to the Illinois Supreme Court to make the ultimate decision. 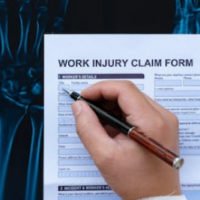 The bankruptcy court denied Hernandez’s exemption for her workers’ compensation settlement, and she appealed. The U.S. District Court for the Northern Circuit of Illinois in Chicago affirmed the bankruptcy court’s ruling, stating that the Act’s purpose would be frustrated if claimants used the workers’ compensation exemption to thwart this class of creditors. Hernandez then appealed to the 7th Circuit Court of Appeals who declined to rule and certified the question to the Illinois Supreme Court. The Appeals Court noted that the 2005 amendments made many changes to the Illinois Workers’ Compensation Act, including a new fee schedule and billing procedure for medical care providers, but it did not have an opinion from the state supreme court about the boundaries of the Act or the ability to classify settlements as an exemption.

The court found that Hernandez was correct that there is no plain language on exemptions and whether workers’ compensation settlements would be in the reach of healthcare providers. However, it also noted that the changes to the law provide that a medical care provider can seek collection from an injured employee capped to a certain limit if the case is compensable, but payment for noncompensable services is the responsibility of the employee. Ultimately, the Illinois Workers’ Compensation Act never discusses which assets are available to healthcare providers’ collection rights.

Talk to a Lawyer