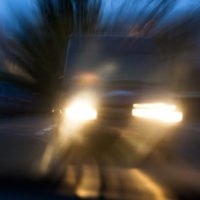 Illinois State Trooper Gerald Ellis was killed early Saturday morning on March 30 by a wrong way driver on the interstate. The crash occurred on the westbound lanes of I-94, just east of the IL-176 exit in Green Oaks. The driver of the vehicle traveling eastbound on the westbound lanes was identified as Dan Davies, 44, from Calumet City. Davies had not held a valid driver’s license since 1996 and hit Trooper Ellis head on while traveling the wrong way down the interstate. The front of the state trooper’s vehicle was completely obliterated by the impact of the wrong way vehicle, and Ellis died of his injuries at the hospital.

Davies also died as a result of the crash, and the Lake County Coroner’s Office said that an autopsy revealed that he died from multiple blunt force trauma. Toxicology is pending on Davies remains. Records show prior arrests for drug possession, battery, resisting arrest, and two prior DUIs, one in 2010 in Cook County and the most recent in 2018 where he appeared in court just five weeks ago. According to police, records show that Davies was accused of driving with open alcohol in his vehicle, had no insurance, and has not had a valid driver’s license in over twenty years.

A Facebook post states that Trooper Ellis put himself selflessly into the path of the oncoming wrong way driver in order to save the lives of other people on the road that night. The investigation is still ongoing into the accident by the Illinois State Police.

Wrong way car accidents are deadly for a number of reasons. First, the force of impact of two vehicle traveling in opposite directions is far greater than in accidents where the vehicles are traveling in the same direction, or when one vehicle is stopped and the other is moving. This causes far more serious injuries for all people involved and often leads to fatal results. Second, with over half of these accidents caused by a drunk driver, the reaction time to minimize the impact is less which means that the vehicles take the full force of the crash.

If you or a loved one has been injured in a wrong way traffic accident, the experienced Chicago car accident attorneys at Harvey L. Walner & Associates are here to help. Call the office or contact us online to schedule a free appointment to discuss your claims today.